The bob has become very versatile over the last several years, no longer a Pageboy look or some other simple yet chic version of the style that has been so popular in past years. Although the classic bob hairstyles are still around and are in and of themselves still considered trendy, there are a multitude of edgier more modern versions.

Diana Agron’s layered bob is razor cut with a side swept bang, giving her style lots of movement and definition. This is a good style for fine, thin hair as it adds volume. The result is the “messy cut” that is so trendy right now, as well for this year.

Selita Ebanks bob may be the classic blunt sort of years gone by however her choice in sassy ruby red color means it is not “your mother’s” bob!

This mid-length layered bob with tousled curl is playful and pretty. The style is easy to achieve with a medium barrel curling iron, curl ends in random directions beginning in the back-when your ear is reached begin directing curl toward your face. Curl sections toward face, and down on either side of your part, then working quickly, tousle and spray with finishing spray.

This softly side swept bob is a classic on any age woman however it is especially lovely on someone with the age and wisdom to carry it as gracefully as Helen Mirran.

Mary J. Blige’s inverted bob is more subtle than those styles with the stacking in the back done much more softly than those that are very sharply stacked higher up in the back with very definite lines, which creates a sharper, sexier look.

Bobs come in all shapes and lengths today when it comes to the actual cuts and there are almost infinite possibilities when it comes to styling them. We have seen everything from the classic straight and/or blunt bob to very tight spiral curls and deep marcel waves in between.

In order to dress up a style or simply make it your own, hair jewelry that sparkles with things like rhinestones in the form of hair combs, pins, barrettes and headbands are en vogue for the new season, as are ribbons and flowers.

We hope you have enjoyed looking at our suggestions for a layered bob, and that you were able to find one that you would like to try. 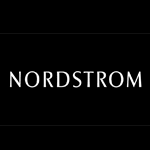 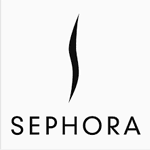 Continue Reading
You may also like...
Related Topics:Bob Hairstyles